GE SMITH
Through his six hit-making years with Hall & Oates, his decade-long run as Saturday Night Live bandleader and his touring stints with Bob Dylan, GE Smith is widely hailed as a modern master of the Telecaster.
www.gesmith.com

JON HERINGTON
On the new release "Time On My Hands", long-

like never before. The long awaited release, reflects the bluesy, driving rock that had its gestation in the club scene. Purchase his album at:  www.JonHerington.com

VINNIE ZUMMO
Best known for his 7 years with the Joe

Jackson Band. Recently he has returned to the band to play on Joe's new release "DUKE". VZ, as his friends call him, is also known for his eclectisim. He has carved out a loyal fan base for his series of Swinging Guitar Sounds of Young America albums. Vinnie does a lot of cyber sessions, TV & movie writing, and NYC session work. He produces Indie artists, Hip Hop drum loop sample CDs for Zero G & his VERY eclectic jazz trio-- plays to SRO crowds in NYC and across the country.
WWW.REVERBNATION.COM/VINNIEZUMMO

His Jazz Album "Emergence" was released in 2016

PETER LINTON
Lead guitar player for Merrie Amsterburg, winner of two Boston Music Awards and a JAM Magazine Award.  "Clementine and Other Stories" is a collection of traditional American songs, un-traditionally interpreted.  "Season of Rain" and "Little Steps" were listed in the Top Ten Albums of the Year by: Boston Globe, Boston Herald and Rolling Stone.

Sean Cleland
Songwriter, Guitarist, Vocalist
2019 recipient of the Hawaii Academy of Recording Arts' Na Hoku Hanohano Award for "Alternative Album of the Year" for his release 'The Process Of". Sean's music Video for "Curl" was released in the summer of 2019. His solo act and band seamlessly blends together singer-songwriter, rock, pop, folk, blues, r&b, and soul genres.

Master Luthier.  He worked is way into the upper echelon of archtop builders. He apprenticed with Classical Builder Augustine LoPrinzi and the renowned Archtop builder Robert Benedetto. He has studied and repaired hundreds of vintage instruments, which has increased his knowledge of guitar construction and has allowed him to apply that knowledge to the building of his own instruments.

HENRYKAISER
Performer / Recording Artist / Producer
"One of the 'first generation' of the American free improvisers."  Produces and contributes to a large
number of recorded projects.
www.henrykaiser.net

NICOLA CAIANO
Instructor / Performer / Composer
Nicola is a a graduate of Berklee College of Music.  His success in the music industry encompasses all areas-- Session Guitarist in NYC, Guitar Instructor, Composer, and Recording Engineer.   He currently resides in Vermont.           www.Nicktheguitarteacher.com 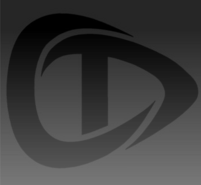 Producer. He used his Ethos when recording:

His single "Tower of Soul" #1 on the Smooth

Jazz Charts.  Lifeswork Entertainment Jazz Artist of the Year.  His soundtrack "Who's the Bossa" was featured in the film "War, Inc."   His track "Hope for Haiti" is featured on our Sound Clip page.  www.reverbnation.com/patrickyandall
http://www.cdbaby.com/Artist/PatrickYandall1

TV shows and soundtracks with artists including

tours with Sax legend David Sanborn, and with his own group "The Sideguys".  He has a solo project in the works.

"Field and Fences" a duo album with Erdem Helvacioglu.


MATS NERMARK
Senior Scandinavian Correspondent, Harmony-Central; Review writer, FUZZ Magazine.
Producer of the BT King backing tracks website.  Created so people could find quality backing tracks in one place with a proper explanation of what was used for the recording and a comment on how the tune came to be.  http://nermark.articulateimages.com

Mitch Haupers
Guitarist / Composer / Professor at Berklee College of Music in Boston.  HIs CD "Invisible Cities" was recorded playing thru the Ethos OD.  Purchase his album via iTunes & Amazon.
www.MitchHaupers.com

From Sydney Australia.  His album "Continue to breathe normally" can be ordered at  www.benfink.com.au

Guitarist/ Performer/ Recording Artist. His album "Living in the Lower Frequencies" can be purchased via his website: www.AManCalledLime.com